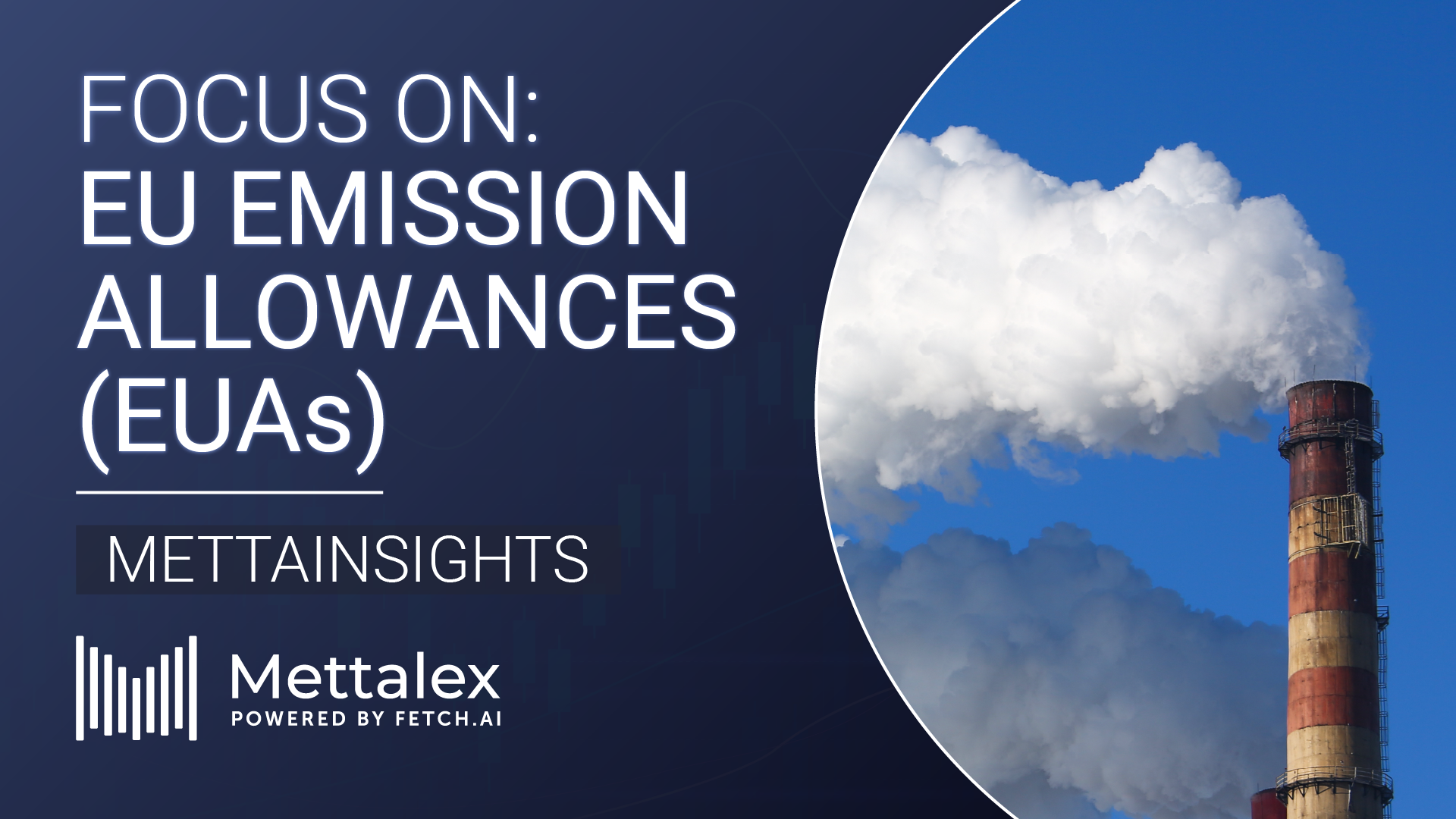 What are European Union Emission Allowances?

The European Union Emissions Trading System (ETS) is a market mechanism that gives carbon dioxide (CO2) a price and creates incentives to reduce emissions in the most cost-effective manner. It has successfully brought down emissions from power generation and energy-intensive industries by 42.8 percent in the past 16 years. (1)

The ETS operates in all European Union (EU) countries plus Iceland, Liechtenstein and Norway (EEA-EFTA states), limits emissions from around 10,000 installations in the power sector and manufacturing industry, as well as airlines operating between these countries, and covers around 40% of the EU’s greenhouse gas emissions. (2)

An emission allowance (EUA) is equal to one tonne of CO2 (or CO2 equivalent, since the ETS also covers emissions of nitrous oxide and perfluorocarbons).

There is another type of allowance managed by the EU ETS – European Union aviation allowances (EUAAs). That type of carbon credit is used exclusively by companies managing flights to and from the European Union, Iceland, Liechtenstein and Norway.

The European Commission organizes yearly auctions (primary market) on the EEX platform where emission allowances owned by EU member states (+ Iceland, Liechtenstein, Norway, the Innovation Fund, and the Modernisation Fund) are sold on the market. (3) Secondary markets for spot and futures products for EUAs are available on ICE and EEX.

What Are European Union Emission Allowances Used For?

Under the ETS, companies have to hold allowances corresponding to their CO2 emissions, making power production from burning coal and other fossil fuels more expensive and clean power sources more attractive. At the same time, firms are incentivized to become more energy efficient because they can then sell their excess emissions permits on the market for a profit. Conversely, they will have to buy EUAs from the market if they don’t have enough to cover their CO2 emissions. (1)

EUAs and EUAAs can also be used for speculation. 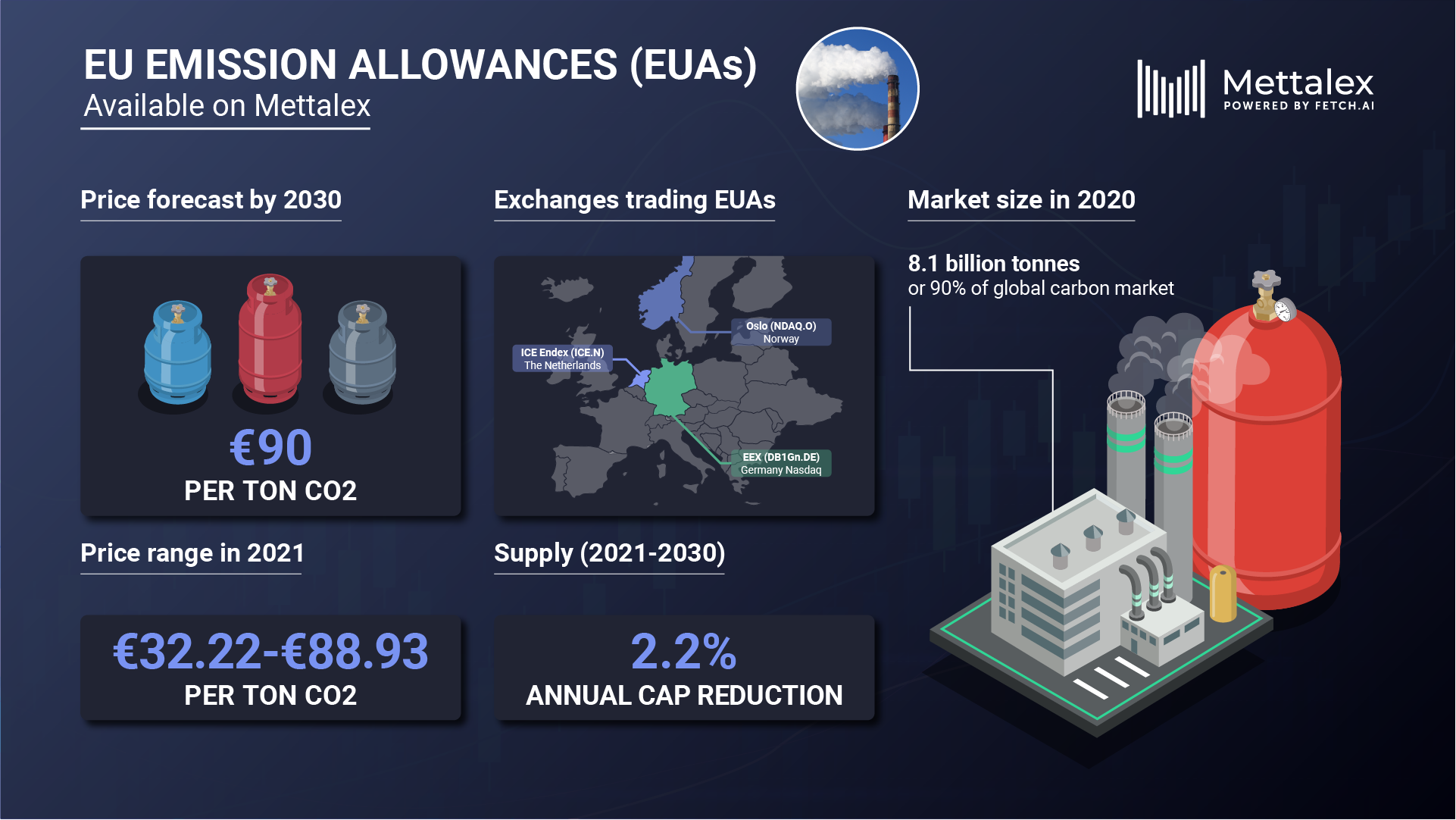 The cost of polluting has increased more than 140% this year after a stricter environmental agenda in Europe was laid out and a sweeping rally in natural gas prices made dirtier coal more economical to use for power generation. (4)

EUAs prices are currently at levels expected to be reached only in about a decade. (chart below, (6)) 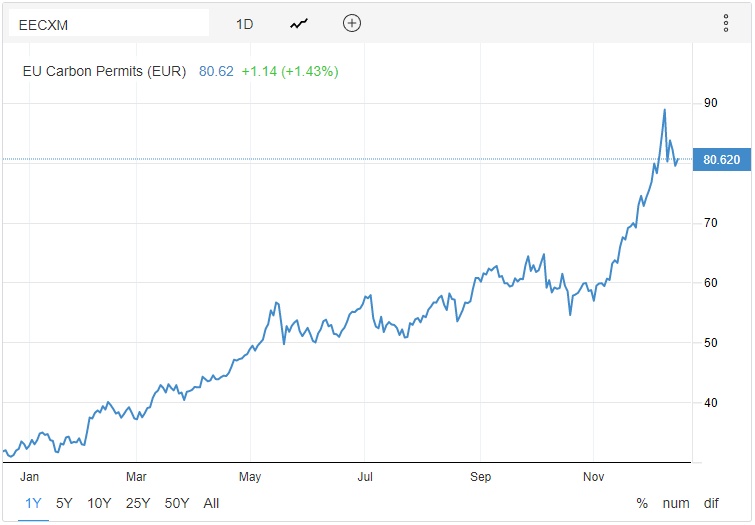 There are several factors that have significant effect on the price of carbon.

The available supply is one of these. The European Commission represents the EU member states (+ Iceland, Liechtenstein, and Norway) in weekly EEX auctions where new supply of allowances is delivered to the market (about 480k per year). Auctioning is the most transparent method for allocating emission allowances and puts into practice the principle that the polluter should pay. Businesses covered by the EU Emissions Trading System have to buy an increasing proportion of allowances through auctions. (5)

According to the EEX auction calendar, auctions are held on Monday, Tuesday, and Thursday every week. However, between December 20th and January 10th, no auctions are held. This may create a shortage of allowances and push the prices up.

Since most EU ETS participants tend to buy permits at the start of the year to cover their emissions for the previous 365 days, additional buy pressure should be expected.

On 14 July 2021, the European Commission adopted a series of legislative proposals setting out how it intends to achieve climate neutrality in the EU by 2050, including the intermediate target of an at least 55% net reduction in greenhouse gas emissions by 2030. The package proposes to revise several pieces of EU climate legislation, including the ETS. The adoption of these proposals further tightens EU green policy and will likely lead to further price increases of EUAs. (2)

According to Per Lekander, managing partner at Clean Energy Transition LLP, as quoted by Bloomberg, emission allowances could surge past 100 euros/tonne in the next few weeks. Beyond that, it remains to be seen if coal-rich member states like Poland won’t push for broad reforms of the Emissions Trading system that lead to dampening of the price. (4)

We are considering listing EUAs on the Mettalex decentralized exchange in the next few months. 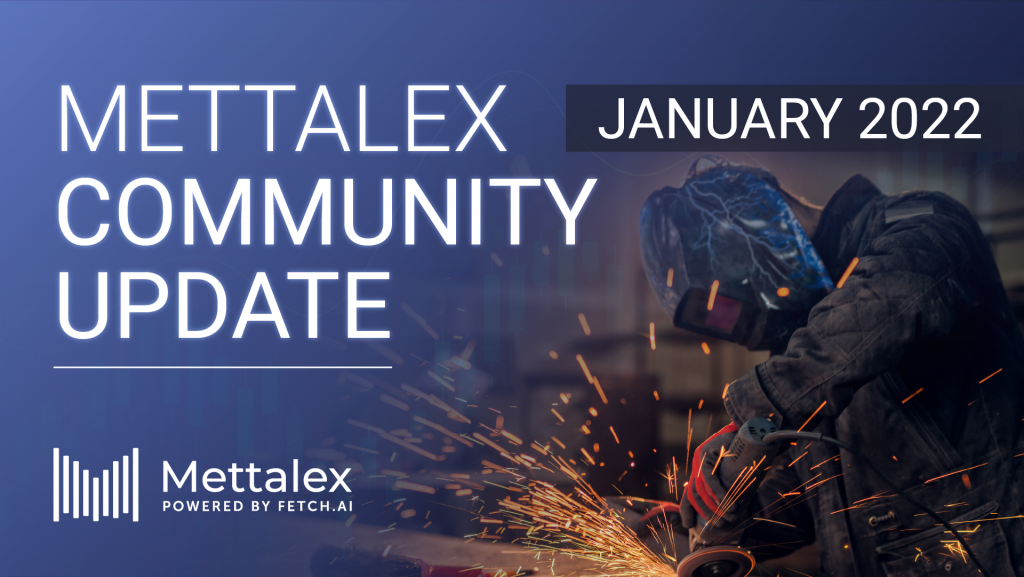 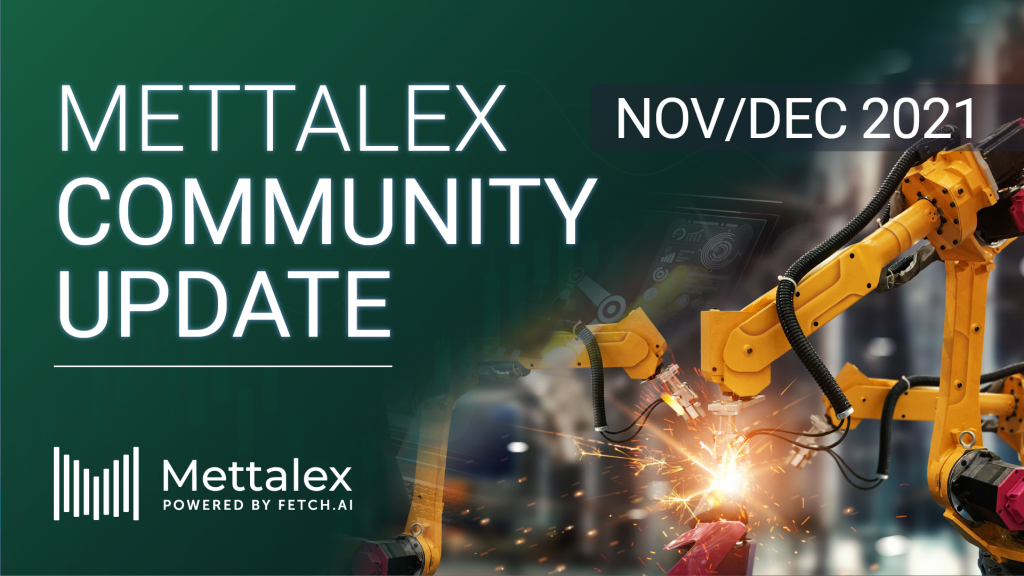 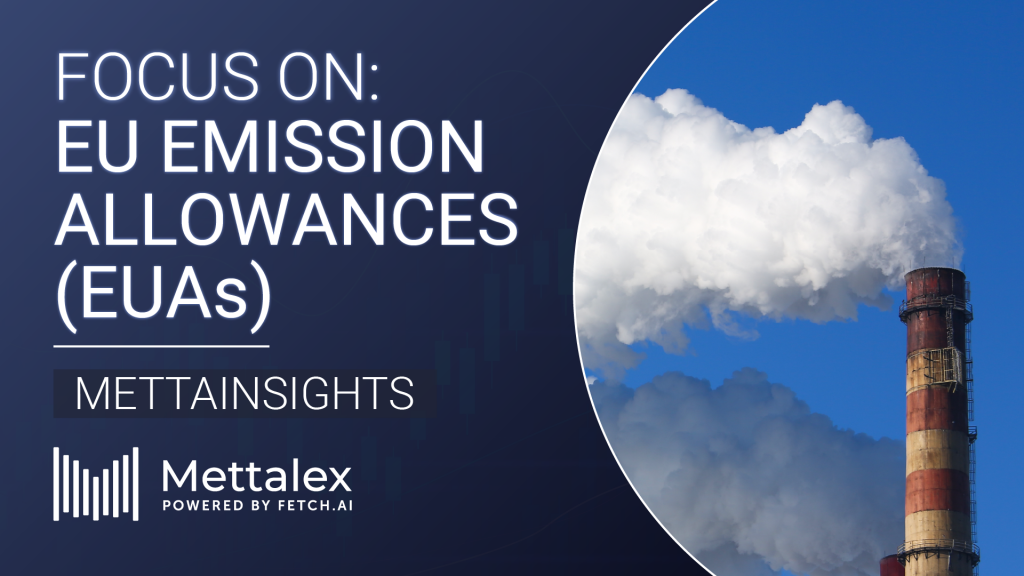