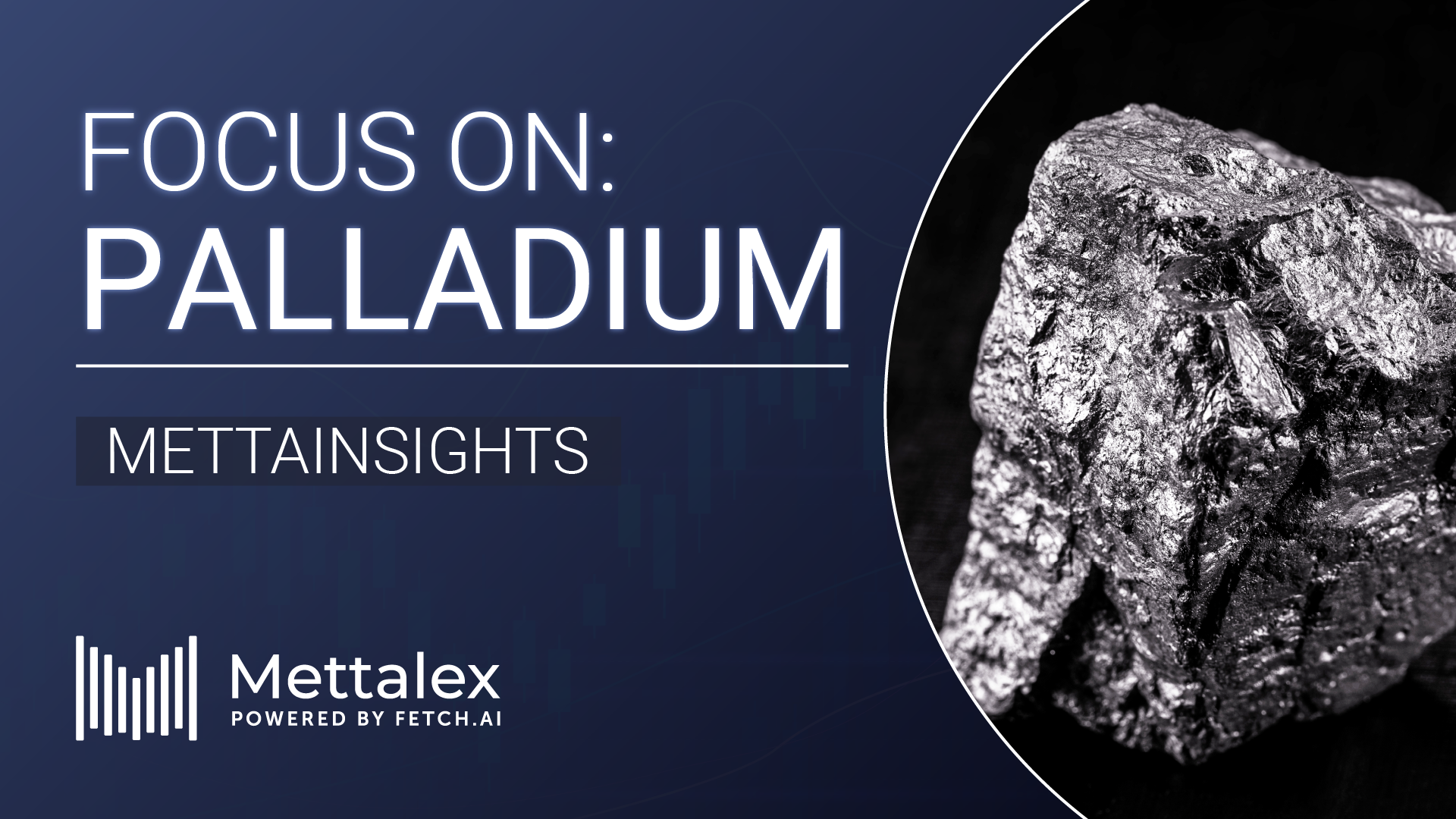 Palladium is a chemical element with the symbol Pd and atomic number 46. It is a rare and lustrous silvery-white metal discovered in 1803 by the English chemist William Hyde Wollaston. (1) Palladium has no known biological role and it is non-toxic. (2) It is 30 times rarer than gold. The bulk of the world’s palladium supply comes from Russia, South Africa, the U.S., and Canada. (3)

What is Palladium Used For?

Most palladium is used in catalytic converters for cars. It is also used in jewelry and some dental fillings and crowns. White gold is an alloy of gold that has been decolorized by alloying with another metal, sometimes palladium. (2)

It is used in the electronics industry in ceramic capacitors, found in laptop computers and mobile phones. These consist of layers of palladium sandwiched between layers of ceramic. (2)

Finely divided palladium is a good catalyst and is used for hydrogenation and dehydrogenation reactions. Hydrogen easily diffuses through heated palladium and this provides a way of separating and purifying the gas. (2) 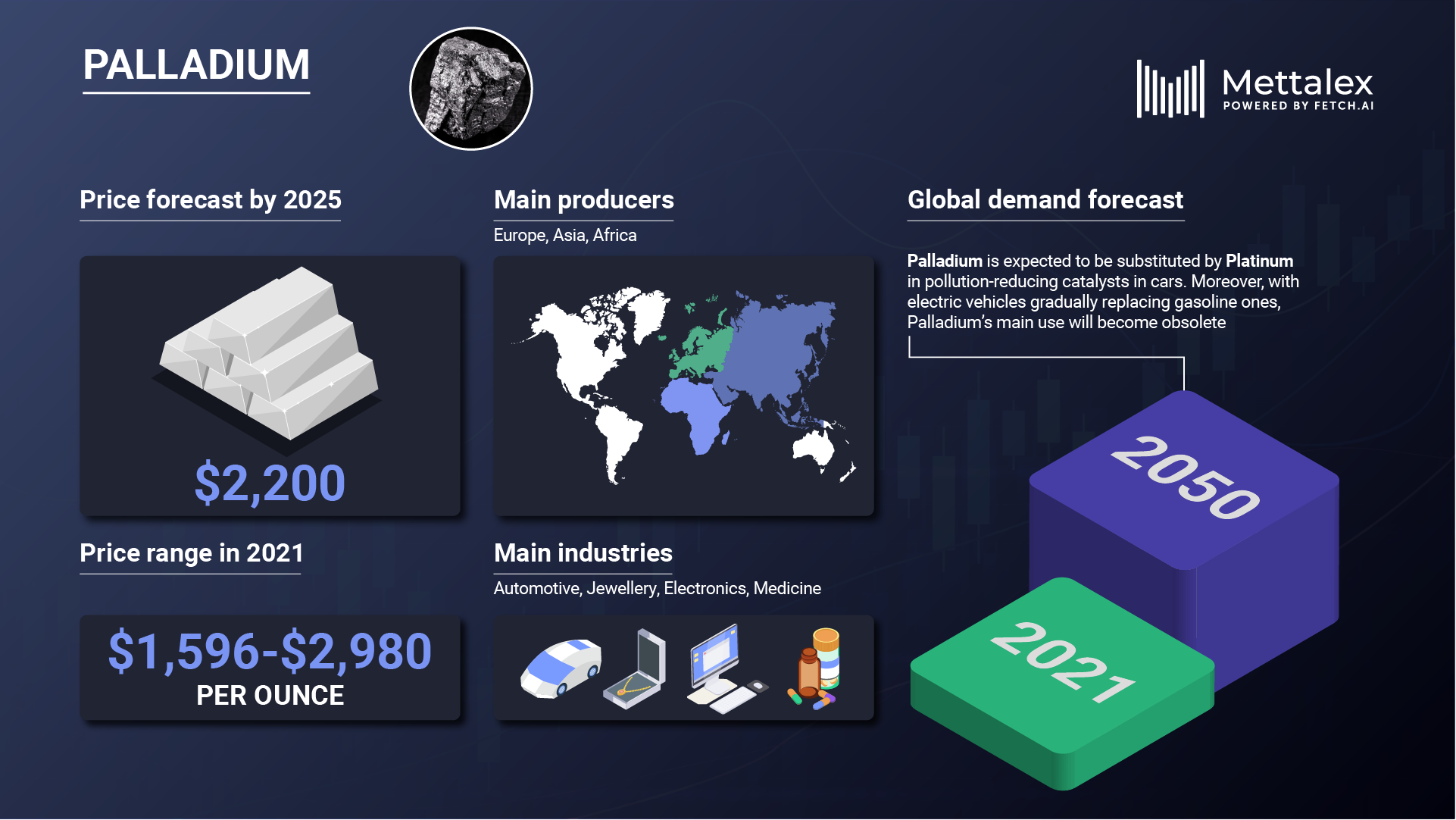 After reaching an all-time-high level of more than $2980/ounce in May 2021, palladium started a decline that lasted until the end of the year, with ~$1596/ounce being the lowest price at which the commodity changed hands.

The market for palladium has rebounded strongly in 2022. The highest price point that the commodity has reached this year is ~$2600/ounce. (4, chart below) 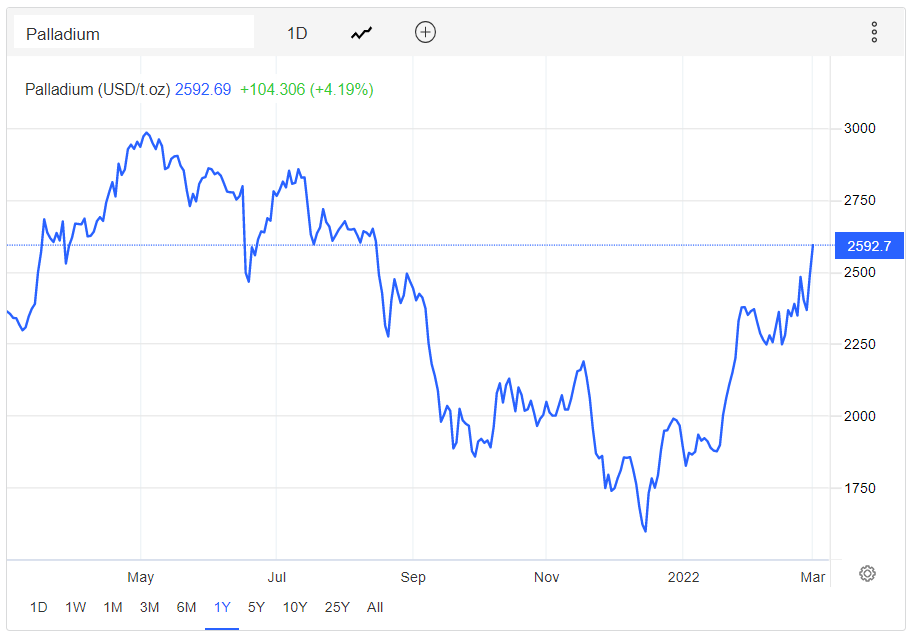 The two main factors that have the strongest effect on the price of palladium currently are the economic revival after Covid-19 and potential supply chain disruptions caused by the Russian invasion of Ukraine.

The rise of palladium’s price in 2022 could be a sign that the semiconductor chip shortage that hit the automotive industry is easing and the demand for palladium for catalytic converters is growing. However, since Russia is one of the world’s biggest producers, there are concerns over the situation with Ukraine and how the outbreak of hostilities could impact supply lines. (5)

Only a week ago, it seemed that production of new vehicles is recuperating after a slow second half of 2021. The relaxation of Covid-19 measures worldwide and the improving supply chain efficiency were considered bullish fundamentals for palladium.

Nornickel, a Russian company and the world’s largest palladium producer with 41% of global production, expected global palladium production to increase by 5% in 2022 to 7.1 million ounces, because of an increase in output from Africa and the continued release of accumulated inventory, as well as a rebound in Russian production. (5) With the Russian-Ukrainian war raging in Europe, vehicle manufacturers are worried that they will, once again, have to scale down the production of new vehicles. First, the conflict in Ukraine may lead to supply chain disruptions. Second, Russian exports of palladium could become the subject of sanctions.

Since nearly 85% of palladium demand comes from the auto sector, it is important to follow the state of the semiconductor shortage that plagued automobile producers in 2021. 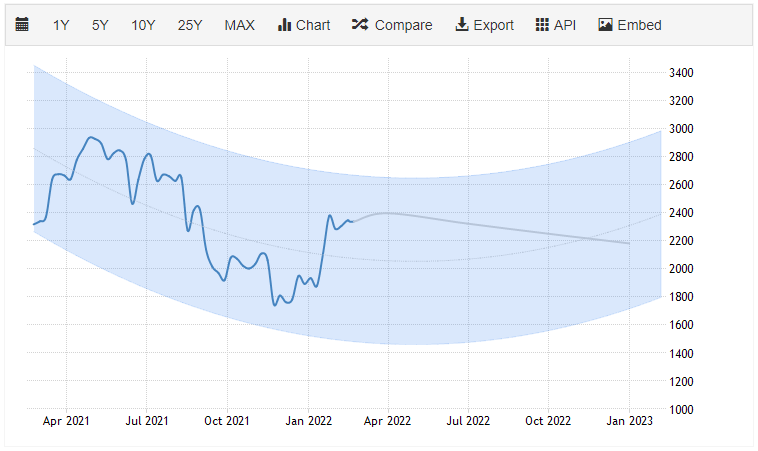 Two trends that will have a long-term impact on palladium demand should also be mentioned. The global transition to electric vehicles (EVs) could result in a long-term decline in palladium demand, as EVs do not require catalysts, although hybrid vehicles have a higher PGM content that helps support demand. Furthermore, the World Platinum Investment Council expects the relatively high price for palladium compared with platinum to prompt some automotive producers to substitute palladium for platinum in some combustion-based vehicles. (5)

We are considering listing a palladium market on the Mettalex decentralized exchange in the next few months.

Let us know if you would like to short or long palladium with stablecoins in this Twitter poll. 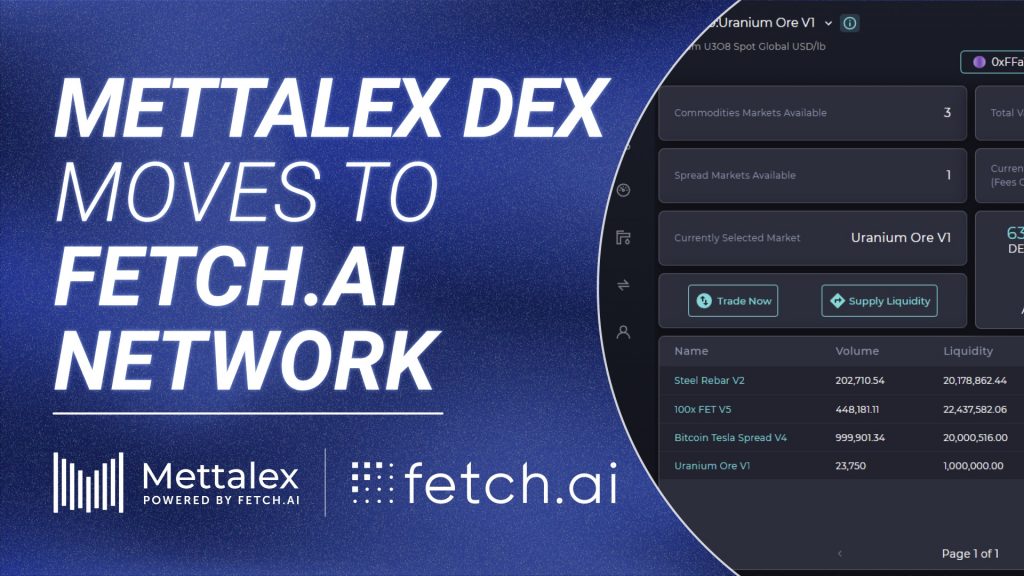 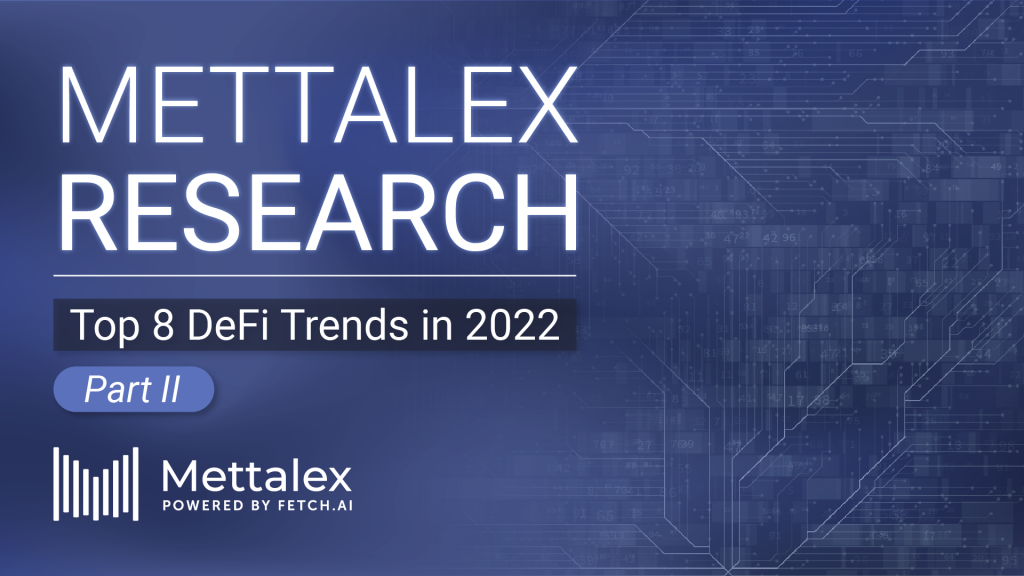 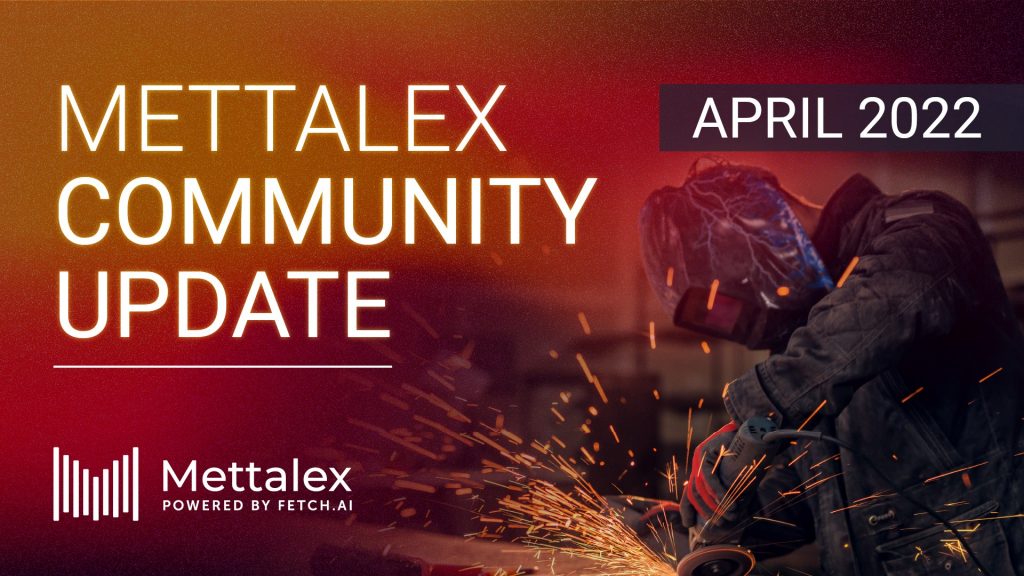